We have been investigating different on chain identity solutions for the FOAM Map Leaderboard and are excited about the developments from https://3box.io/

Create a social profile for your Ethereum account to start building trust, connection, and community

Information is stored and pinned to IPFS and you can add a bio, avatar and sign transactions with your MetaMask to verify your twitter and github. You can use your real information or be pseudonyms. 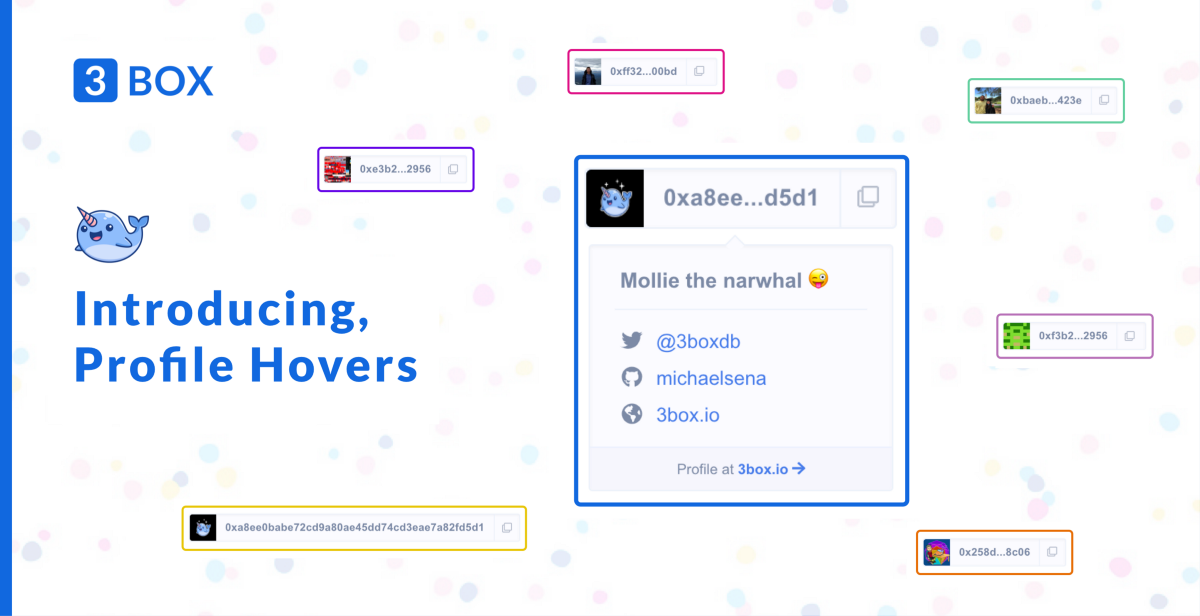 The easiest way to add social user profiles to your app. Integrate our simple plugin with 2 lines of code.

We will look to add this functionality to the leaderboard beta next week. In the meantime, please share your feedback and try out 3Box now to make a profile!

i set mine up. easier than i thought i would be. 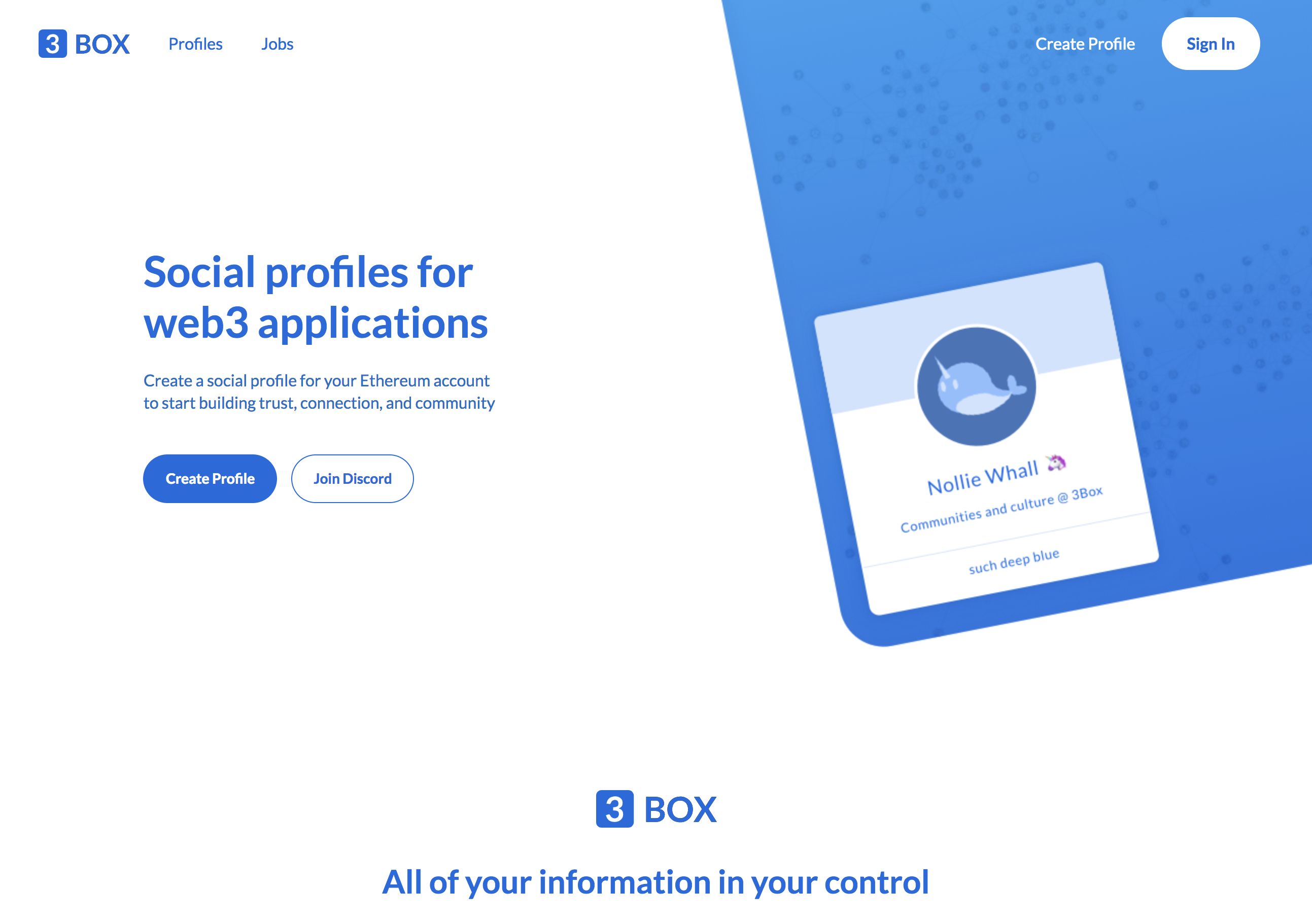 One profile. A world of Ethereum dapps.

i set mine up. easier than i thought i would be.

Nice to see the ecosystem becoming enriched. Let’s get this documented for future on boarding.

Yes! Will be documented in a blog and added to the help guide once implemented. This will also play into forthcoming onboarding user flows.

I have thought about identity, and this move with 3box. I support such work as it brings options for dApp developers. I also think at the same time with FOAM being in it’s early stages that we be careful that we are not creating unnecessary baggage in the ecosystem.

Just because we can, should not be a reason. There is also some components of the blockchain that function, completely and in total isolation, trying to add checks and gates to that functionality serves only to alienate the protocol from the wider Blockchain.

Identity on the FOAM Blockchain

FOAM and ethereum are de facto pseudonymous, there is tenuous ability to link any arbitrary transaction to an external known entity. In some cases software applications themselves may process, receive or send FOAM or ether and may be acting based on external stimuli or programmed behavior. While FOAM may have been acquired in the original crowd sale, post-sale peer to peer transactions, or by the future act of mining in the FOAM ecosystem, there is no preference to how the FOAM is acquired and the fungability of FOAM, MUST NOT be^[Key words for use in RFCs to Indicate Requirement Levels] impaired.

Pseudonymous-identification MUST be supported by FOAM transactions; as there is inherent pseudonymity already in the protocol layer, and no effort should be made to discriminate in that pseudonymous-identification. FOAM as such is a platform and ecosystem allowing for the creation of the transactions on all transactor’s own mutually agreed upon terms. For casual or limited relationships, a pseudonym acts as a placeholder.

Where relationships are intended to have longer lasting duration, reputation becomes a value for the pseudonymous identity.

The attestation of the transactor to a transaction is made within a pseudonymous protocol, such attestation is de facto “identification” and will suffice to confirm that identify. Or more specifically, the signing of an ethereum transaction with the FOAM holder’s private key identifies the owner of that key as authorized to complete that transaction.